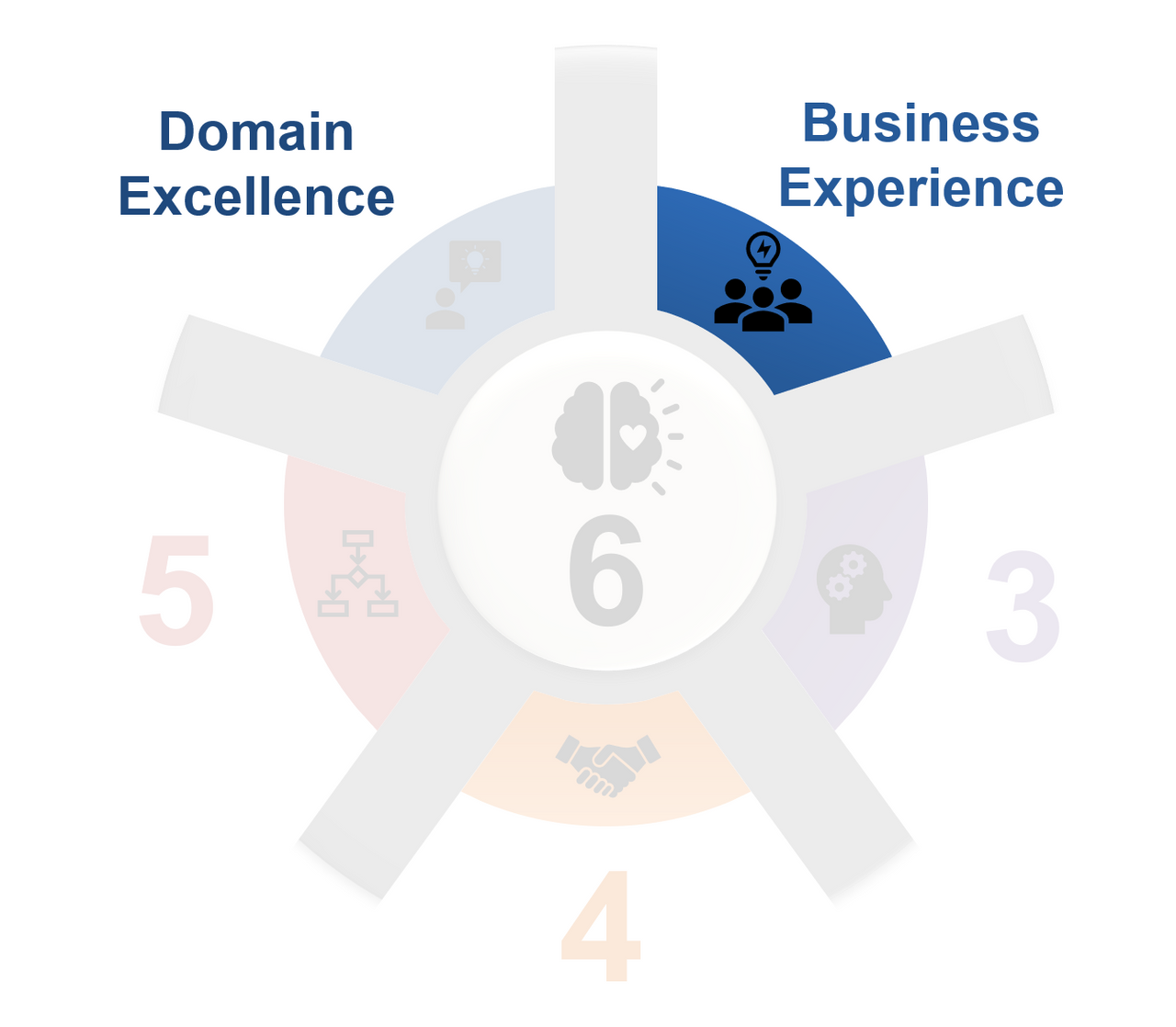 What does Business Experience mean?

It’s knowing an industry very well.  When you’re a consultant, you are expected to know your stuff.

Once upon a time, there was a  young green noob, who only knew that she wanted to be on the next USS Enterprise to leave for The Final Frontier. She was convince that humans would trigger WWIII and try to nuke each other (Nostradamus predicted it).

“I doubt Malaysia will have a space programme when you graduate. What will you do then?”

Her father wasn’t convinced about the Aeronautical Engineering degree she wanted to do.

“Well, I could programme the robots and computers on this spaceship!”

And so, she did a degree in Computer Science, and thus began her career in the techworld

She spent a long time as a CRM Consultant, and acquired a lot of business experience, realising that there was some truth to the industry stereotypes of the projects she worked on.

Here’s a small sampling of the business experience she acquired during the 25+ years:

Charity and NFP
Really kind people, but sometimes have issues making decisions and being accountable. Culture is at odds with commercially driven projects that have strong objectives and timeline.

Projects included the one with the big red nose 🤡, the one that looks after your ❤, and another one that has patented pins holding broken bones together.

Premier football club
Super fun project here. ⚽
She experienced a “Jerry Maguire” moment in the cafe with a few premier league football stars and their agent.
Sadly she was too clueless to pick up any autograph to sell.

Telecoms
Getting the product bundles and billing absolutely right was super important for obvious reasons here! ☎

Local government
Sigh.
Red tape. ⛔
Bureaucracy.
I still worked with a super bunch of people though, who were swimming against the tide of what felt like insurmountable odds.

Her lesson here – you can still find pockets of great people in an awful environment, and that makes all the difference in the world.

Both were incredibly fascinating!

She had to do a workshop in the freezer area of the warehouse in a political game of “don’t let the other dept know what we are doing” that the client was playing.

She had a front row seat to a political drama that showcased human nature in all her diverse plumes.

During the drama, the key stakeholder survived two heart attacks and some wondered if foul play might have been attempted! 🔪

Software ISV
Oooh in this project, an elaborate deception was uncovered, which emphasised why auditing of the RIGHT activity was an incredibly important task!

The twist in the story was the deceptor (is there such a word?) is a huuuuge company whose name sounds like BicroBoff. 🤐

Who says tech is boring?

VC
This one funded a wildly successful game that features flapping birds 🐦and pigs 🐷, and had super clever people on board.

This meant that green noob (not so green at this point) experienced first hand how it felt to be among people who were really clever, and who believed in their own cleverness.

This was an incredibly controversial company that many did not want to touch.

Not-so-green noob took on this project, and discovered that one should never assume, and that first impressions can be the most deceiving.

She spent the 3 day workshop being blown away by the humanity and resilience, and felt grateful for the opportunity because she said, “Yes.” ❤

Educational startup
It was during this project that not-so-green noob came across people who did not believe in the word ‘Integrity’, and was the first project that required lawyers to step in.

Her butt (and those of her team) were saved by the meticulous notes and Show & Tell recordings she had done.

Lesson: Always Cover Your Butt (CYA), you never know when you’re going to need it. Oh, and also detailed timesheet – even if your company doesn’t require it.

Confectionary company
She never learned so much about the psychology of the how and why confectionary is placed at the checkout lane.

Learning how to set up online insurance for the China market brought a lot of learnings, especially around data residency, the Great Firewall of China and understanding what Change Request means in a startup world where flexibility is of utmost importance.

More crucially though – the lesson here is that no project is more important than life.

Equestrian sport
Not-so-green noob has never learned so much about racing, jumping, dancing horses than during this project. 🏇🏻

Other lessons include making sure to provide lots and lots of time for testing data migration and parallel operation to ensure resiliency.

Client here had a heart attack too… sounds like CRM projects isn’t great for health!

The thing about being a Consultant is…

… you get exposed to so many industry types.  This is dependent on the partner that you’re working for.

if your Consulting Partner specialises in Banking and Finance, or in the Legal sector – then those will be the types of projects that you will be workin in.

Pros – you will become super specialised, and you will be able to command a higher rate/salary as you gain experience.

Cons – you don’t get to try new stuff, new technology, new type of people and broaden your horizon.

If you like stability, then this is your bag.

I thoroughly loved the various project and industries that I’ve worked in.  Not only do they allow me to gain such a wide array of experience to draw on when I’m imparting lessons to my students, but they make for great “Lessons learned” stories 😁 Business Experience is one thing that a consultant will gain so much quicker than an in-house admin.  That’s why I absolutely loved it.

By law we have to display this message. To get rid of this message, just hit "Cookie Settings" and then "Save and Accept" to accept the minimum necessary cookies (biscuits). We are bigger fans of edible cookies that are made of chocolate..
Cookie Settings
Read More
Manage consent

This website uses cookies to improve your experience while you navigate through the website. Out of these, the cookies that are categorized as necessary are stored on your browser as they are essential for the working of basic functionalities of the website. We also use third-party cookies that help us analyze and understand how you use this website. These cookies will be stored in your browser only with your consent. You also have the option to opt-out of these cookies. But opting out of some of these cookies may affect your browsing experience.
Necessary Always Enabled
Necessary cookies are absolutely essential for the website to function properly. These cookies ensure basic functionalities and security features of the website, anonymously.
Functional
Functional cookies help to perform certain functionalities like sharing the content of the website on social media platforms, collect feedbacks, and other third-party features.
Performance
Performance cookies are used to understand and analyze the key performance indexes of the website which helps in delivering a better user experience for the visitors.
Analytics
Analytical cookies are used to understand how visitors interact with the website. These cookies help provide information on metrics the number of visitors, bounce rate, traffic source, etc.
Advertisement
Advertisement cookies are used to provide visitors with relevant ads and marketing campaigns. These cookies track visitors across websites and collect information to provide customized ads.
Others
Other uncategorized cookies are those that are being analyzed and have not been classified into a category as yet.
SAVE & ACCEPT